A man buys a house with a business partner and good friend. They buy at the height of the market, overpay at that; since both are starting their careers, have young families, and are hardly flush with cash, they opt for a mortgage where they pay only interest for the first seven years or so. 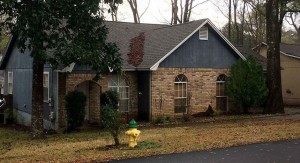 After all, by the time that ends the house’s value and their careers will be soaring and the (much) higher payments won’t be a problem.

But, of course, the recession hits; the housing market tanks; one of the partners falls into a financial abyss; an enormous tropical storm rolls in, floods the entire area so thoroughly canoes and small boats are the only way to get around for days.

The seven years of interest only payments end; the monthly payment skyrockets; there’s $20,000 of repairs due to the storm; the house is valued far below the sale price and it promises to only keep falling in the area it’s in; the other partner cannot pay anything toward the house; foreclosure is looming.

One of my clients? No, but he easily could be. I’ve certainly heard variations of this story hundreds of time.

This story, though, is Marco Rubio’s story. 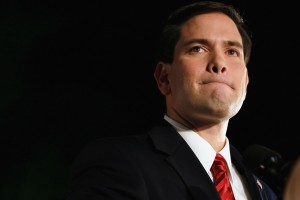 But, you won’t hear any of this from Rubio or his campaign team. When asked about it at the Republican debate, he replied that it was part of ‘things his opponents use to attack him that have been discredited.’

Later in the week, he and his staff, as has been their policy for months, refused to discuss the matter. Instead, they blamed the media.

To me, his finances mark Rubio as a ‘regular guy’, someone who has actually experienced the economic stresses most of the rest of us have. He gets it, he knows home prices can go down, he knows a natural disaster can wipe out savings, he knows what lousy mortgages can do a few years in.

I find no shame in any of this. I do, however, find it shameful that he will apparently go to any lengths to keep this hidden.

That’s an insult to the millions of Americans who have gone through what Rubio went through, and worse. It hardly encourages people to forgo shame and guilt and meet their credit card debt or looming foreclosure head on. And that’s the shame of Rubio’s financial problems.