This the first in an upcoming series of articles that revolve around Neil Gabler’s piece in The Atlantic, The Secret Shame of Middle Class Americans. Gabler’s piece centered on the fact that 47% of Americans said they’d have trouble coming up with $400 in an emergency. 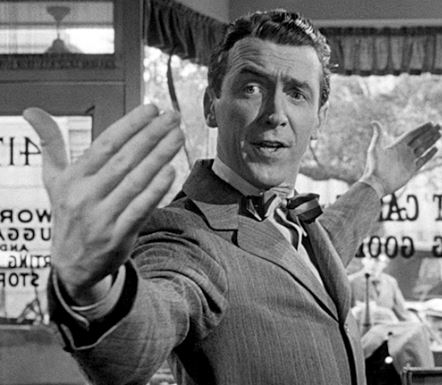 If this is your banker, you don’t need to read any further. For the rest of us:
I have a friend who hit a financial brick wall last October. A self-employed professional, he had a ‘bunch of stuff’ happen in the worse possible order and he found himself barely scrapping by.

So, he took a second job at the seafood counter at a supermarket. He pretty much enjoyed it, the people were nice, the company seemed to care about its workers, he talked to people all day, and he could mentally calculate his pay-to-essential-living-expenses ratio on an hourly basis. As in, ‘the fourth hour today finishes up the electric bill, the fifth starts in on the gas.’

In a month, he had it and his finances down to a science. He received monthly checks from a couple of clients, he had his store pay direct deposited to his bank every week, it generally hit anytime over an eighteen-hour window mid-week.

One Friday in early December he knew he was going to cut it close – bills that had to be paid beat out earnings by a few dollars. That included a decent check from a client. He deposited the check, set up auto-pay from his accounts, and crossed his fingers. And kept them crossed over the weekend.

He wore his iPhone out checking his bank account pretty much hourly. Even while selling fish and humming a little Fatboy Slim to himself – “right about now, funk sole brother” – he took the time to follow the account as each bill was deducted and his balance shrank toward single digits.

By Monday morning, according to the bank app, he was close to being in the clear. He deposited a client check, the worst case scenario was that his biggest expense out – two hundred dollars and change – would hit, miss the deposit and end up costing him a $39 overdraft fee. Thirty -nine dollars for a couple of hundred is high interest, but not when it keeps the internet connection on.

Late afternoon, he made it. The client check showed as pending, all the small payments showed as paid, the ‘big’ check was nowhere to be found, his balance was positive. He was relieved and pretty pleased with himself for his financial nimbleness.

So, it came somewhat as a shock when he got an email from his bank at 4:38 pm, the dreaded ‘the bank’s been closed for eight minutes and you have IMPORTANT INFORMATION ABOUT YOUR ACCOUNT’ notice.

As he signed into his account yet again, he was reconciled to the fact that he had just paid $39 to clear his $268.96 check. He was in no way prepared what he found.

The order of his transactions was startlingly different than it had been hours earlier. It now not only showed the ‘big’ check, it showed it being paid first. The five subsequent small payments all overdrew his account, one was for $5.00. The $39 fee was applied to each check for a grand total of $195 in bank fees on under $500 in transactions. The pending deposit no longer showed anywhere.

He called the bank. The first person he spoke to was pleasant and of no help whatsoever. She did see the pending deposit, said, “You’ll be fine now, too bad about the hundred and ninety-five bucks.”

He asked for a supervisor. She was not as nice, she was, in fact, weirdly confrontational – she came right at him. No ‘how can I help you?’ more like ‘we paid these, how dare you …” He mentioned watching the account all weekend and the order in which he saw everything happening.

Her answer was not what he expected, “Well, did you do screen saves?”
“No,” he said, “didn’t think I needed to.”
“Then you read it wrong, if you had checked on-line on a computer instead of using the app you would have seen that.”
“That makes no sense.”
“Of course it does,” she snapped.

It got worse from there. He got nowhere. His deposit cleared the next morning, his account was exactly where it was ‘projected’ to be early Monday, less $195. Or, 16 hours of work, before taxes. Meanwhile, the bank cleared $195 for … nothing.

To even the casual observer, it appears that the bank orchestrated this. Which, of course, it did. It’s called ‘reordering’ and it’s done every day. It’s frowned upon but it’s not illegal. Banks make over $30 billion/year on overdraft fees. They are an enormous business. Banks, by the way, are in business to make money. For themselves and their shareholders.

I bring this up here, now, because I still have people who wait to hire an attorney and act – proactively act – because they are ‘working it out with the bank.’ For some reason, a lot of people still think that the ‘nice person at the bank’ is in it together with them.
I’m sure they’re nice, I’m equally as sure that they are acting in the best interest of the bank. Because that’s their job.

Mine is representing your best interests, and the earlier I start, the better the chances of an acceptable outcome.

One Reply to “Rethinking and Reordering Banks”