From Got Debt, Dispatches from the Front Lines of America’s Financial Crisis

The more I work with people with debt, the more patterns I see. This has been an interesting way to observe that the psychology of having debt that can’t be repaid is almost universal no matter what the demographic. 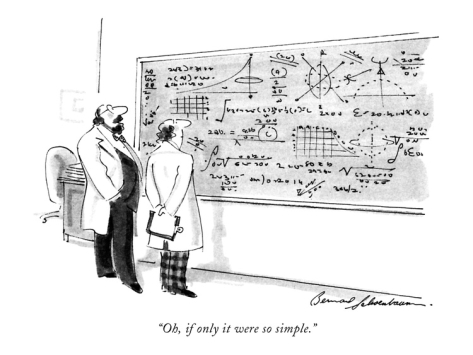 The biggest part of having too much debt that plagues the average American, especially when someone gets to the point where they can’t repay it, is what I’ll call the “boogeyman in the closet” phenomenon.

This is the fear that something terrible will occur THE MINUTE someone can’t make a payment on their bills. The belief that missing a payment due date on a credit card is going to cause the sky to fall, it’s going to cause instant public shame, AND on top of that, the boogeyman is going to come out of the closet or out from under the bed and GET YOU.

I know that this boogeyman is real because of the questions I get and the things people tell me based on their assumptions (or on the gobbledygook they read on the internet or that they get from their brother-in-law).

The boogeyman comes in the form of:

“If I miss my credit card payment, can they take my car?”

“If I’m overdue on my credit cards will they put a lien on my house?”

“Will my boss know?”

“Will they garnish my wages?”

“Will they take all my retirement?”

And, the big one,

“Can I be arrested?”

I’m heartbroken when I hear the fear that plagues people who can no longer make credit card payments, but am hopeful and encouraged, in a weird way, by their fear response. These questions signal to me genuine concerns about personal financial stability, reputation and a moral sense of right and wrong.

It shows that the average person, the majority of people, want to pay their bills, and want to pay them on time. I find that reassuring on many levels.

The answer to all the above questions is No. Some of those things can happen after several steps occur and usually only if someone ignores those steps or does not take advantage of their right to participate in those steps.

The state of mind that comes from the fear of not being able to pay bills is like that of a child hiding under the blankets in the dark while trying to fall asleep. The hard part is getting people to understand that they have control and that the boogeyman does not exist.

One of the first steps when counseling someone about their debt is to ascertain the level to which this fear is clouding their judgment and preventing them from being able to have a conversation about the real facts about their debt.

Their fears cause them to make less educated and less desirable decisions when it comes to dealing with their debt. They usually default to doing what they think they should do to not hurt their credit score. This includes doing what they think they should do to pay everyone at least something each month. When payment becomes difficult, they start having conversations with their creditors and think that what the creditors tell them (i.e., skip a month, or just pay $10 or $20 instead of the actual minimum payment) is official and overrides the requirement under the credit card agreement to make their actual payment. They are very vulnerable in this phase and even more so if they do skip payments and an account goes to collection.

By the time an account goes unpaid for about three months, a creditor will usually assign it to another company for collection. The exception is for car payments- not paying for more than a month or two puts you at serious risk of repossession of the vehicle, even if the creditor gives you verbal permission to make a late payment or a partial payment.

The good part about when a credit card account goes to collection is that by then the average person realizes there’s no boogeyman. Their car is still in their driveway, there’s no foreclosure sign in front of their house, their name isn’t posted in front of town hall, and no one has shown up to put them in a stockade on their front lawn. But a new phase has begun.

The typical debt collector in the U.S. may not actually even be in the U.S. The collection industry has consolidated considerably in the last decade (especially since the financial crisis of 2008-09) to where large percentages of unpaid accounts are sent to just a few collection companies. These are third party companies that are assigned portfolios of accounts, and the most common tactic for attempting to squeeze a payment or two out of the consumer is with phone calls.

Although the “fear of boogeyman” phase is typically over by this point, the vulnerability and susceptibility remains. They’re out of the woods, so to speak, but a sense of “I’m a bad person” takes over which makes them susceptible to abuse and harassment from debt collectors.