An important concept in tort law is ‘reasonable foreseeability.’ Basically -very basically – it boils down to ‘was it reasonably foreseeable that not having your two-ton truck’s squealing, grinding breaks fixed might eventually result in losing them coming down a steep hill and getting into an accident?

I thought of this earlier this week when I noticed a comment on the Facebook page. We had posted a whiteboard cartoon explaining the crumbling foundation crisis in Eastern Connecticut. The caption mentioned that HUD Secretary Ben Carson had just toured a home with a crumbling foundation and had promised some federal relief. The comment was brief and to the point: ‘Another thing to 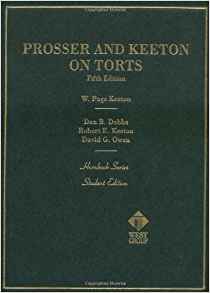 bail out, I’m sick of this state.’

I get this viewpoint, I really do – I pay taxes in Connecticut, too. And, I wish it were that simple. But, of course, it is not. Because while this crisis – and it is a crisis – snuck up on us over more than a decade, it’s effects – from here on – are most certainly foreseeable.

First, 34,000 homes in 41 towns in Eastern Connecticut may be affected. Homeowners insurance will not cover the condition, banks and mortgage companies have no solutions, the costs of repairs – if at all feasible – are usually prohibitive. Government resources and funds are needed.

To take a complicated situation and greatly simplify, it goes like this -dozens of homes in a small town have crumbling basements:

Instantly they lose whatever equity the homeowners have built up over the years;

The homeowners cannot, obviously, refinance or obtain a home equity loan to fix the problem – if it is fixable;

The house cannot be sold;

The tax assessment by the town drops like a rock;

The more houses – and, remember, there are 34,000 homes that may have this problem – a town has with the problem, the more it’s tax base drops;

Cutbacks in services and schools inevitably mean lower rankings for livability and schools;

The lower the rankings, especially for schools, the lower the desirability for new homebuyers;

The fewer new home buyers, the lower the assessments;

And we start all over again;

Except, by now, since this effects 41 towns, the consequences are seen on a statewide basis, as abo 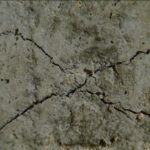 ut one-third of the state can no longer contribute much to Connecticut’s already hurting economy.

If we don’t come up with solutions to this problem – wide ranging, creative solutions – the effects are all too foreseeable and they will be felt by everyone.